These caves were the main divine purpose of Bhagwan Nithyananda, who beautifully engineered and constructed these sacred caves before he proceeded to Ganeshpuri 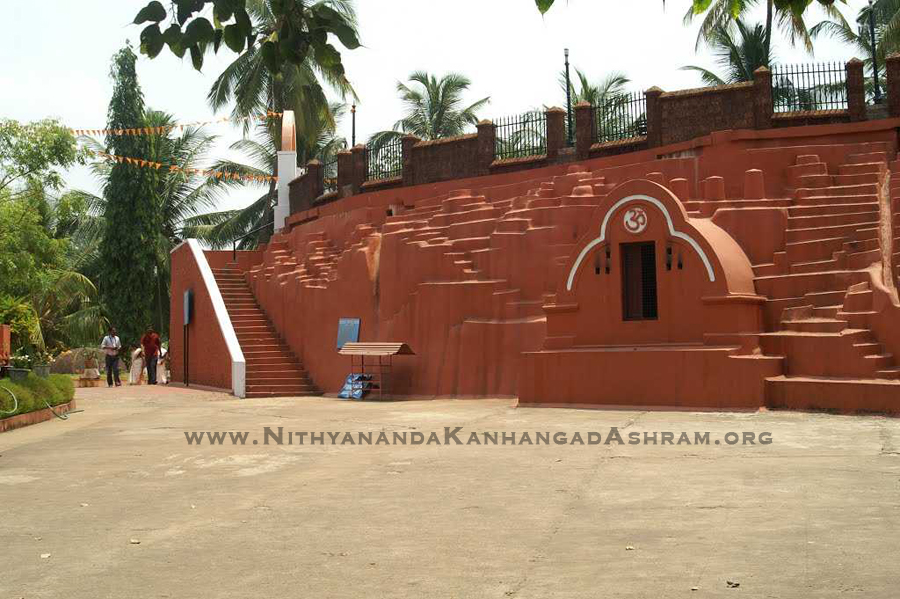 Bhagwan started digging the huge rock for the construction of caves near the fort, surprisingly, he had also taken in a few villagers in this construction work, whom he paid wages. This became a highly questionable curiosity to the British officers and hence one Mr. David Gawne set forth on his horse to the site where Nithyananda was busy digging.

That time, the British still occupied India. As the caves were being completed and construction on the Ashram began, workers from the village were hired. There was no money to pay wages but Bade Baba manifested the workers’ wages in miraculous ways. Sometimes he would take the exact amount needed from his loincloth. At other times he told the workers to collect their wages from underneath a tree or rock. Each time the exact amount to pay each worker (not a penny more or less) was manifested. This was so startling that some observers believed the money was either counterfeit or stolen.

Some local officials filed a complaint with the District Collectors office run by the British. They said that there was a mad, naked Sadhu encroaching on Government land and using stolen money to pay laborers. The British sent a Captain Gawne to investigate. When the Captain arrived, Bhagawan Nityananda was nowhere to be found. After making many demands for his whereabouts, Bade Baba appeared from one of the caves. The Captain asked him about the construction going on. To everyone’s surprise, Bade Baba responded in English! As the two spoke, Captain Gawne was very taken with Bade Baba’s presence.

When Captain Gawne asked about where the money was coming from to pay the workers’ wages, Bade Baba took him, along with the local officials, to Guruvan where there was a swampy area covered with water. He then told them that he was paying the workers from a bag of money at the bottom of the swamp and that they were welcome to dive into the water to verify that the bag of money was there. Seeing the very large alligator and other wild animals that were there, none dared to take him up on his offer. Indeed Bhagawan Nityananda had pulled a bag of money out of the water to pay the workers with.Captain Gawne then instructed the local officials not to disturb the construction of the caves and the Ashram. In fact, he told the people there that they should be helping Bhagawan Nityananda to complete the construction and that no one should bother him. The Captain then left the Ashram to go back to the Kanhangad train station. On his way back, at the point where the Ashram road joins the main road, to his complete surprise, Captain Gawne saw a street sign that read “Gawne Road” posted on the corner. Bade Baba had named the road after the collector to commemorate his visit. Today, the Ashram road still bears the name “Gawne Road.”

Bhagwan Nithyananda carved these 43 caves with His hands. The energy of 27 stars, 9 planets and 7 celestial sages is believed to be hidden in these caves (27+9+7= 43). Those who have studied the Shri Chakra might understand the secret behind these caves.

Once when a devotee asked Bhagwan Nithyananda, “Gurudev, why are you carving these caves?” Bhagwan replied. “In future many sanyasis will come here to educate themselves spiritually. This center will become a guiding light for the liberation of humanity”. 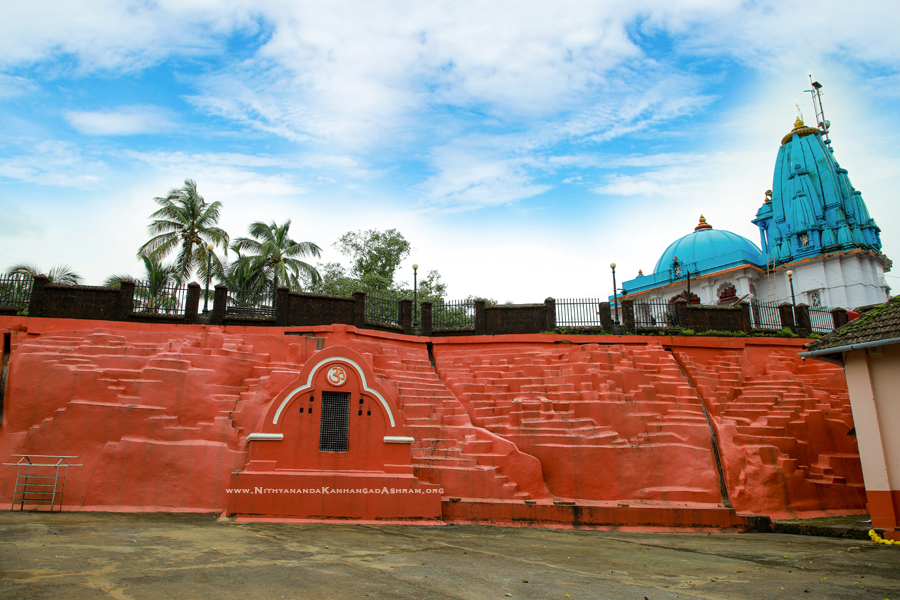 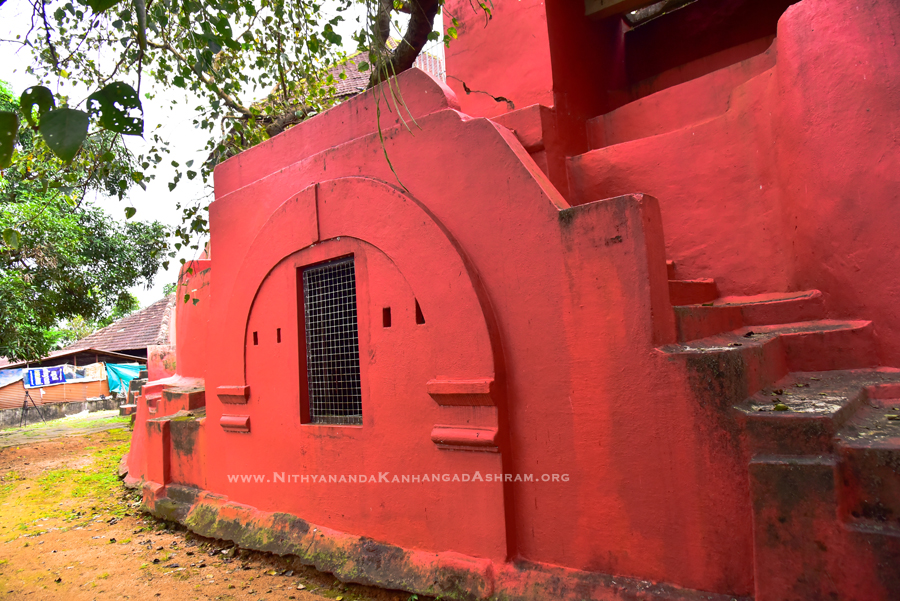 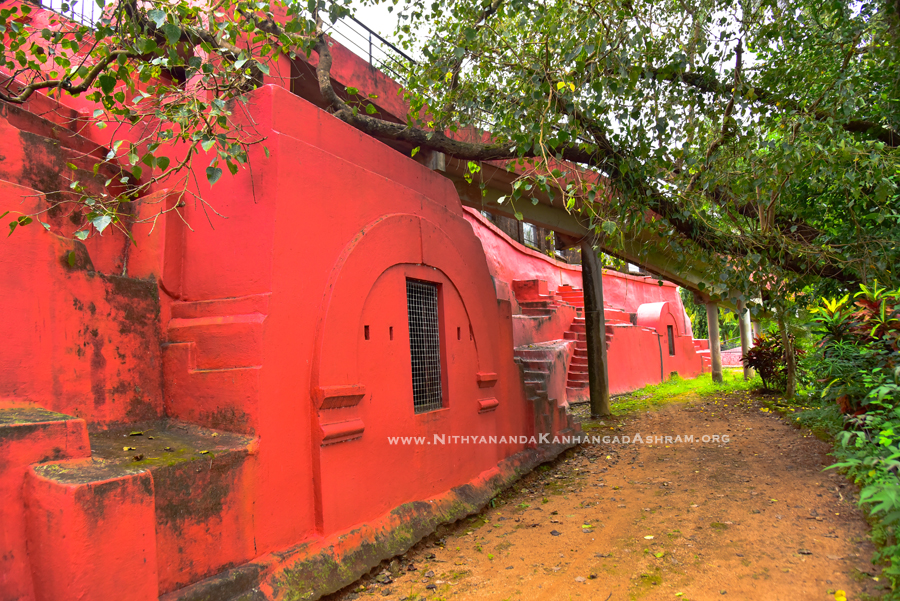 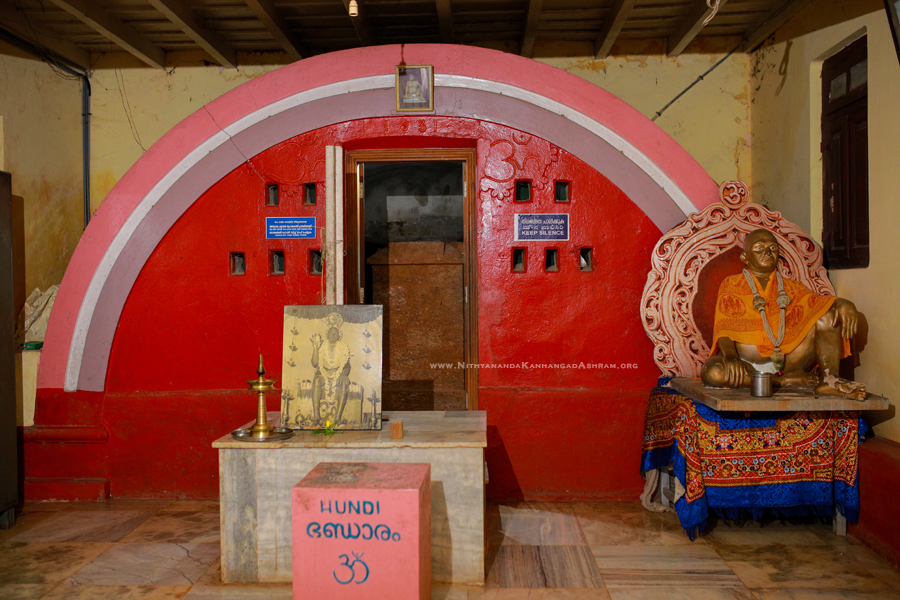 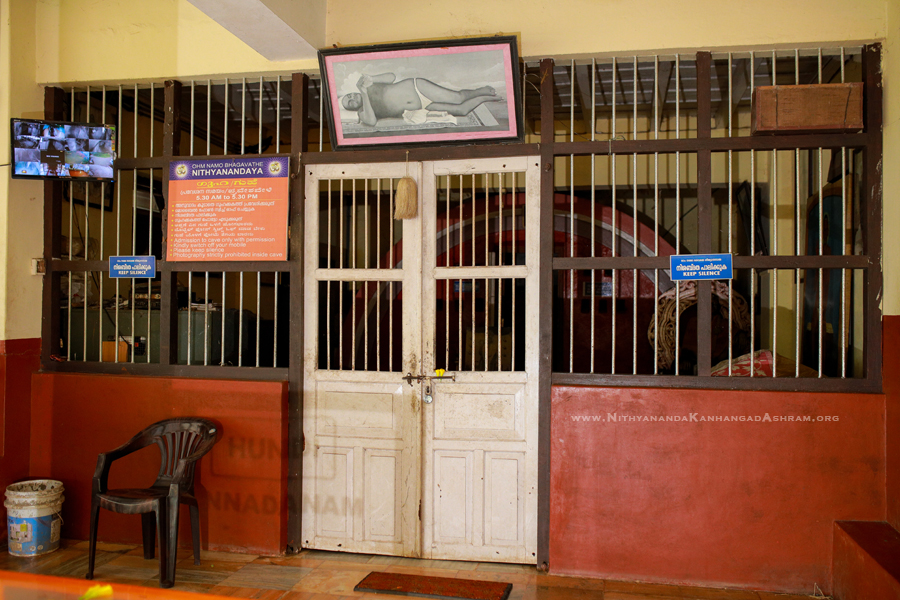 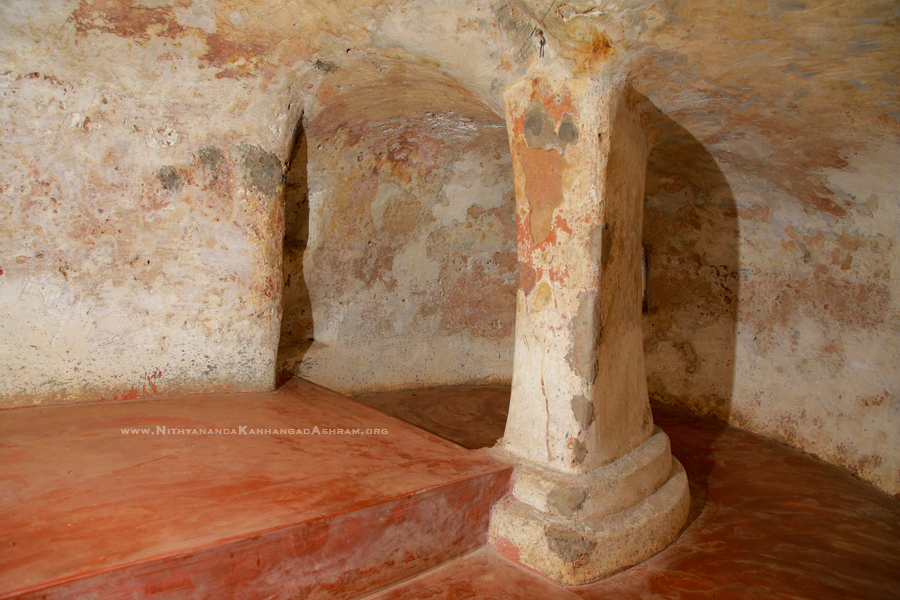 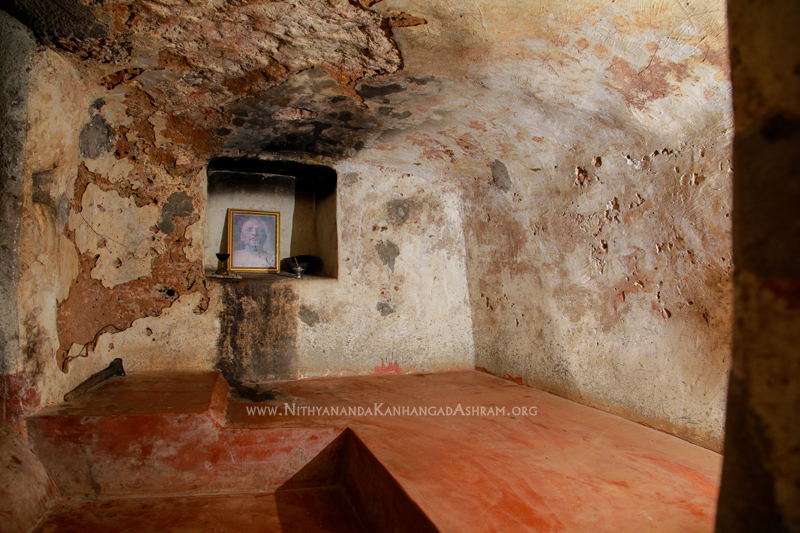 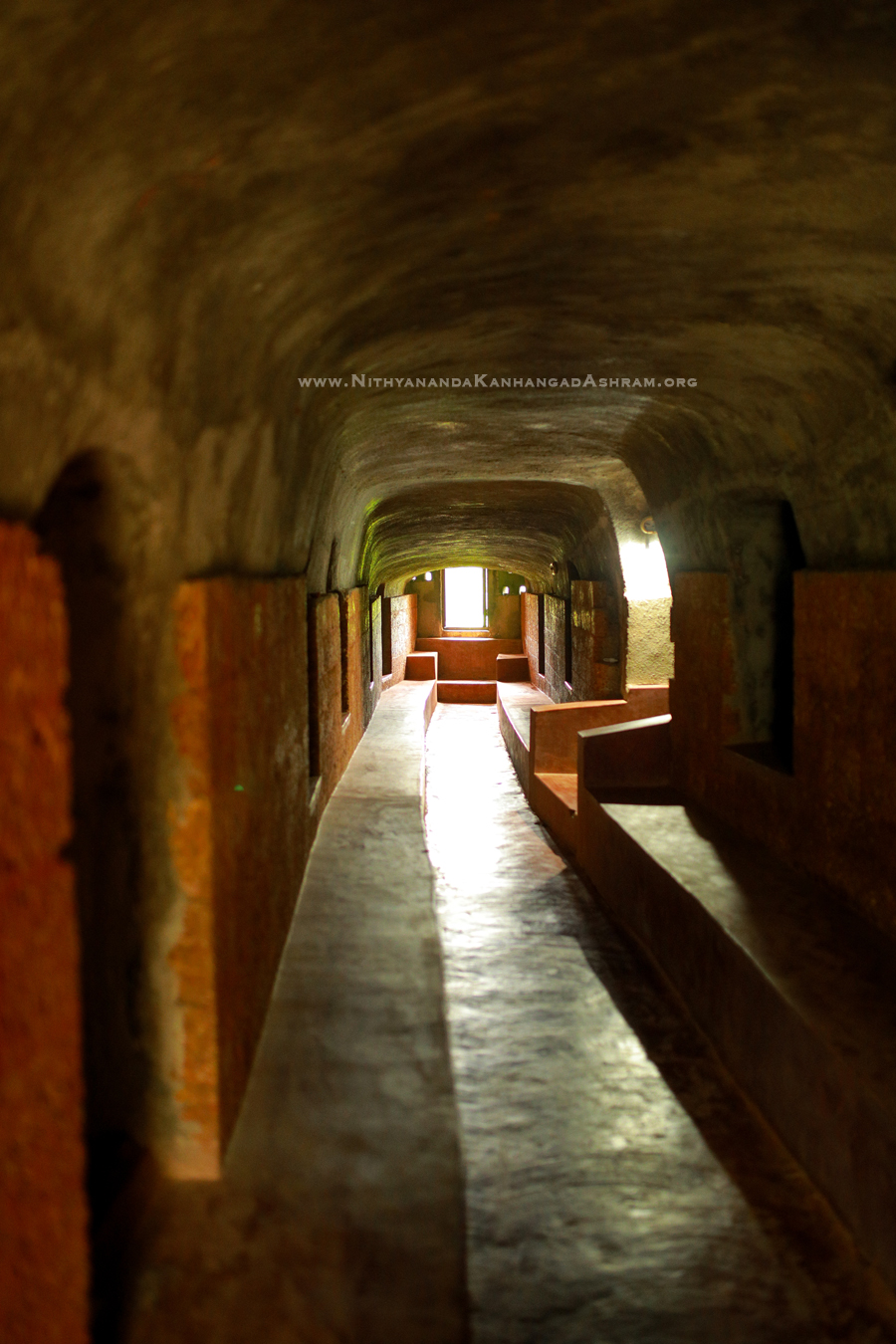 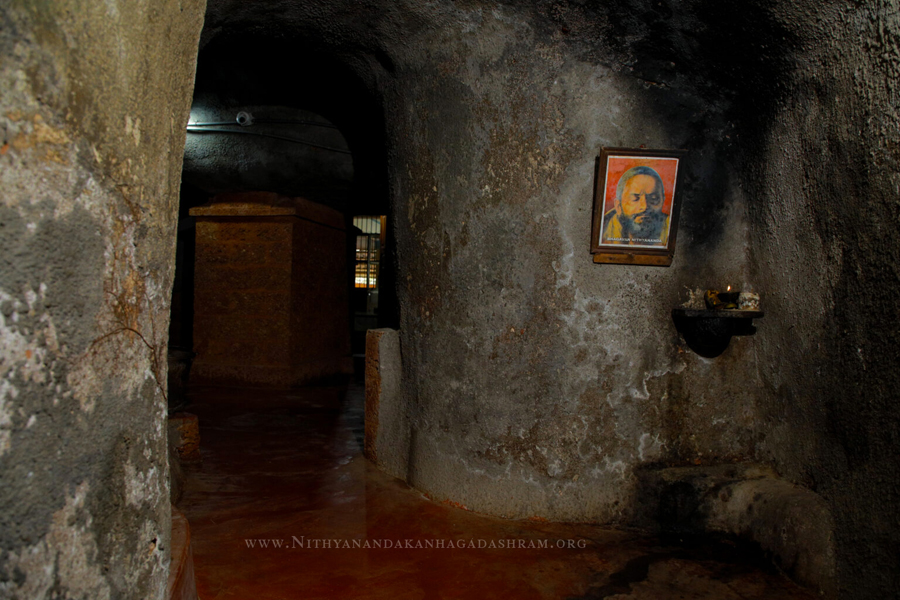 see other places in the ashram 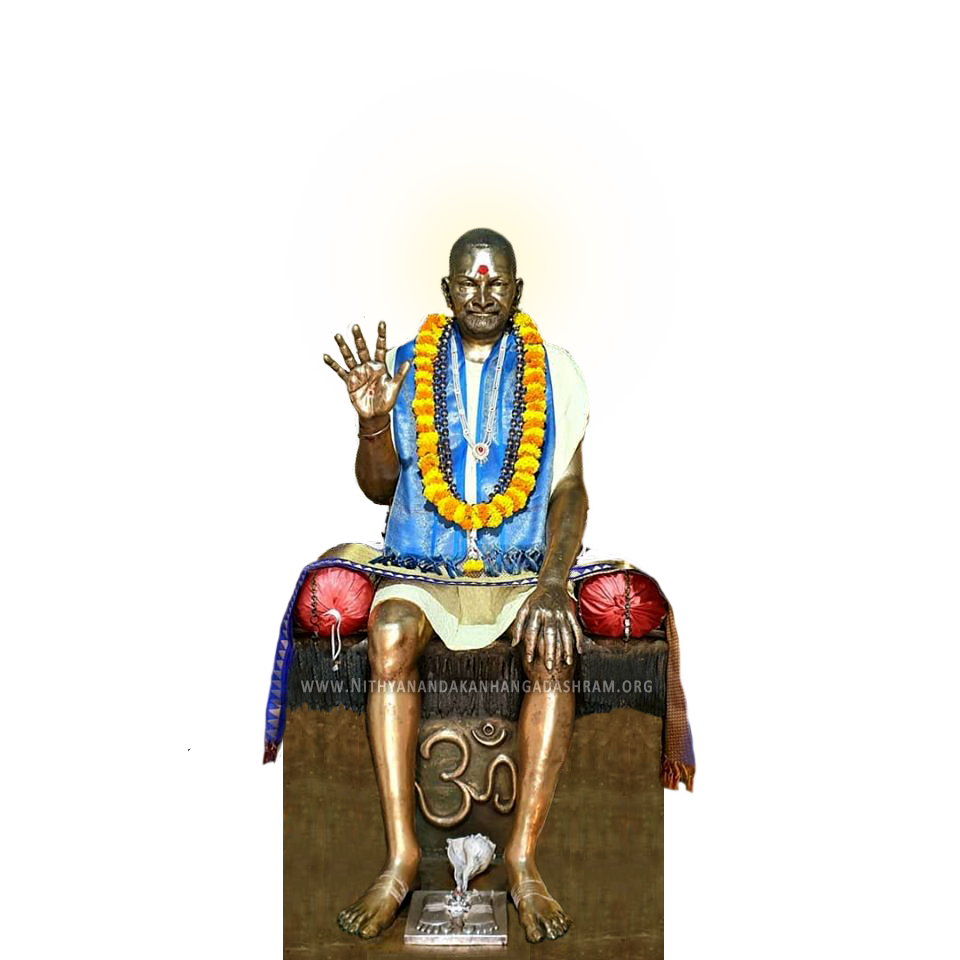